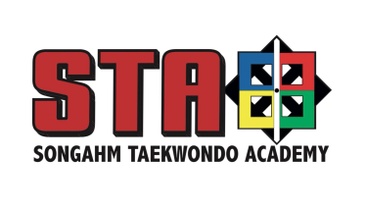 
STA is an independently owned and operated licensed location of ATA Martial Arts. Songahm taekwondo is the style of martial arts being taught.

Developing strong leaders through martial arts training, STA helps it’s members reach their goals! Train in all aspects of traditional taekwondo, with the added benefit and fun of weapons training! Choose to be competitive, train to be an instructor, become part of the ATA Legacy!

Absolutely anyone can train in taekwondo, and it’s never too late to start! From the youngest Tiger, to a more mature audience, classes are divided by age to provide effective martial arts training.

Due to the onset of COVID-19  Classes are currently offered ONLINE AND NOW IN PERSON!! Train in the comfort of your own home, or contact us to find out where class will be next! We had planned to be at the Newton Poppleford Village Hall, however it unfortunately is closed until at least February 2021. Attendance via Zoom will be continued to be offered for those unable to physically attend. It’s important to note, however, nothing replaces in-person training and, such classes will be required for continued advancement.

STA class schedule can be seen below.

How Much Does It Cost?

A sport like Taekwondo has long-term goals, to fully realize the benefits of training with STA. Memberships are then set up to reflect different levels of involvement, and average out to around £5 per class! Families get a discount  on membership and testing fees, plus: full memberships include merchandise vouchers!

Check Out Merchandise on WMAonline.com

Out of respect for your instructor and fellow classmates, please arrive/be ready to start a few minutes before the scheduled start time. For both virtual and in-person classes, please ensure that you are in uniform and ready to begin at the designated start time. Please also ensure that your body and uniform and any relative training gear is clean and free of offensive odours.

“I‘m a fourth degree black belt with ATA Martial Arts, and the owner of STA. Training in martial arts for 17 years, and instructing for the later 15. My dream has always been to share my passion for martial arts, inspire others, and develop strong individuals through Songahm Taekwondo training. I first joined ATA at the beginning of 2003, attending my first tournament roughly 6 months later. By 2005 I earned my first degree black belt and won my first State Champion titles. Three years later, in 2008, I had become fully certified as an instructor and tournament judge. Until my departure from the US in 2014, I worked as an instructor, and continued competition; winning consecutive state titles, as well as District Champion titles, and earned a spot in several World Champion opportunities, resulting in 2 Bronze and 1 Silver medal. I now hope to change lives through Songahm Taekwondo training in Devon. The friends I made, the life skills I gained, the knowledge I obtained, the passion I still have, begs to be shared. I can’t wait to get you started on your own ATA journey toward black belt, success, and positive future!”